I’ve always been an avid reader and enjoy sharing my enthusiasm with other booklovers. The Book Corner features books I recommend that are mainly about law and justice. To supplement The Book Corner, I include interviews with authors from time to time. Links to those podcasts are within the book descriptions below. I welcome your comments and suggestions so feel free to participate in the forum discussions about the books or the book chat. 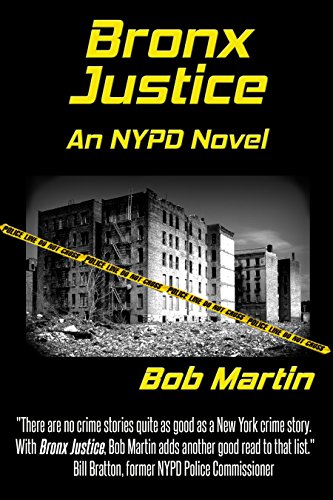 Author and lecturer Bob Martin draws on his 33 years of experience with the NYPD to tell a tale that is inspired by real events. Martin retired from the NYPD in 2000 as a Deputy Inspector.  Bronx Justice is Martin’s first novel. 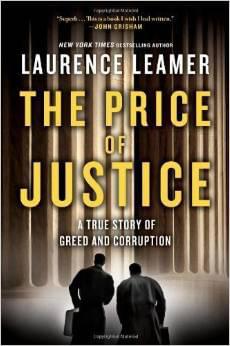 The Price of Justice is a fascinating look at the changing world of coal miners and the corrupt practices of one mine owner who paid for “justice.” Since this book was published in 2013, mine owner Don Blankenship was indicted on charges related to the worst mining disaster in decades. Read the indictment here. His federal trial began on Oct. 1, 2015. On Dec. 3, 2015, he was convicted of conspiring to violate safety regulations but was acquitted of two other charges. Blankenship faces up to one year in prison. 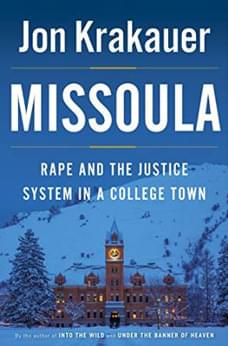 In Missoula: Rape and the Justice System in a College Town, Krakauer spotlights the national discussion about sexual assault on college campuses by recounting the allegations that rocked the University of Montana’s Missoula campus in 2011 and 2012. 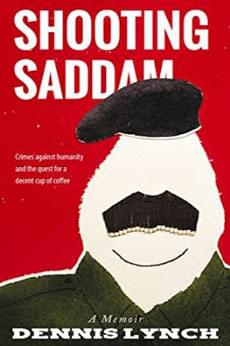 I worked with author Dennis Lynch for years at Court TV. He operated the camera in courtrooms around the country and indeed the world. In Shooting Saddam, Dennis takes us inside his unique and quirky experience of shooting Saddam Hussein’s trial from the Green Zone in Baghdad. Listen to my podcast with Dennis here. 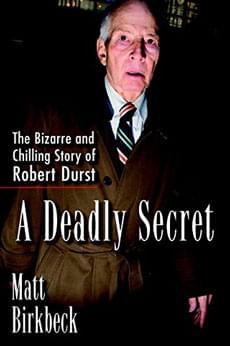 Investigative journalist Matt Birkbeck has reported on the Durst case for years. In A Deadly Secret, updated to include Durst’s 2015 arrest, Birkbeck suggests that the powerful Durst family may have influenced the investigation into the 1982 disappearance of Durst’s wife, Kathy. Durst, recently called “a strategic killer” by The Jinx documentarian Andrew Jarecki, is believed by many to have murdered Kathy. He now stands accused of murdering his friend Susan Berman in 2000 perhaps to silence her about Kathy’s death. 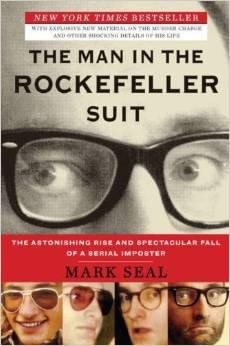 Christian Karl Gerhartsreiter aka Clark Rockefeller continues to be one of the most fascinating defendants I have covered. Mark Seal was working on The Man in the Rockefeller Suit when we both attended the 2009 trial for kidnapping his daughter. Since that trial, Gerhartsreiter was charged, tried, and convicted of murder in the 1985 death of John Sohus, son of Gerhartsreiter’s landlady in Los Angeles County. “Rockefeller” was living a different identity at the time: Christopher Chichester. 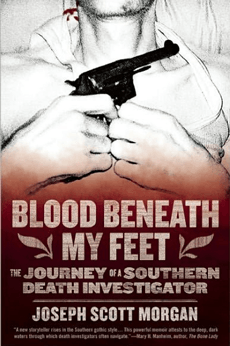 In this memoir, Blood Beneath My Feet: The Journey of a Southern Death Investigator, Joseph Scott Morgan details his years as a medicolegal investigator. The cumulative effect of years of investigating deaths of all types–homicide, accident, natural, suicide–left him suffering from severe PTSD. Morgan takes us inside a world unseen by most. He is the 2013 Georgia Author of the Year. Listen to my October 7, 2015 podcast with Joseph Scott Morgan here. 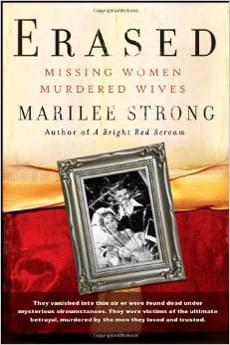 Marilee Strong was researching this book during Scott Peterson’s 2004 trial. I would often see her in court. In Erased: Missing Women, Murdered Women, Strong offers a compelling and frightening account of murderers in our midst who “erase” the woman in their lives because of greed and selfishness but otherwise lead seemingly normal and law-abiding lives.